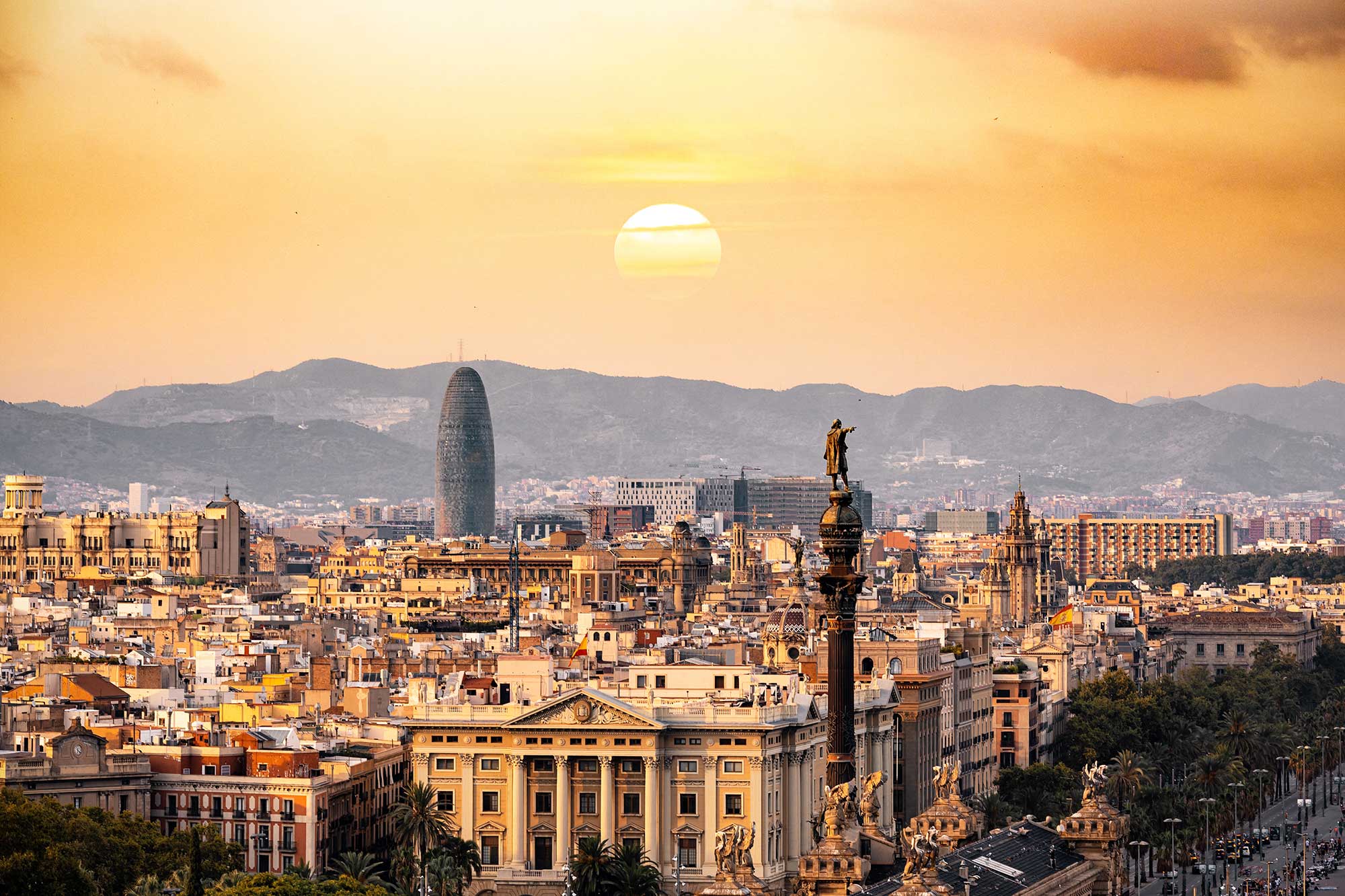 10 Fairs and Congresses in Autumn in Barcelona

For yet another year, Barcelona has consolidated its position as one of the cities that hosts the world's most important Fairs and Congresses. After the success of such important events as the Mobile World Congress (February) and the summer "break" (where more prominence is given to local festivals and sport events), September is the month where the intense activity of fairs and congresses comes back, with a list of reference events that will follow one another over the coming months. This is why Barcelona is known with the classic slogan "Barcelona, city of fairs and congresses".

Without a doubt, one more incentive to visit a city, Barcelona, which also has very important cultural festivals (we already talked you about some of the Festivals of Barcelona). If you are thinking of visiting the city in this last stretch of 2019, in this post we suggest 10 fairs and congresses in autumn in Barcelona. 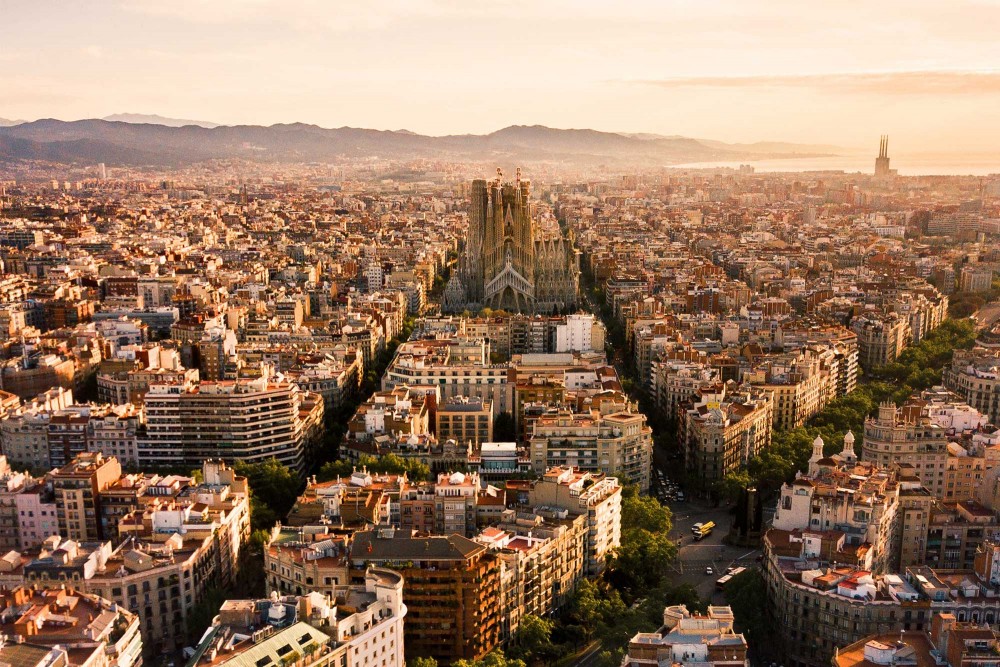 In this 2019 edition, EASD (annual meeting of the European Association for the Study of Diabetes) plans to bring together some 15,000 delegates from more than 130 countries. Founded in 1965, the purpose of the EASD meeting is to promote and support diabetes research, as well as to contribute to the rapid dissemination of new knowledge about the disease and to facilitate the application of new techniques and discoveries

The scientific program includes more than 1200 lectures and presentations about the latest results in diabetes research.

The 55th edition of the Annual Meeting of the European Association for the Study of Diabetes will take place between 16th and 20th September 2019 at the Fira de Barcelona. You can find all the information on the EASD official website.

Swab Barcelona is a contemporary art fair that brings together galleries, artists, curators and collectors from all around the world to showcase the latest trends and most innovative artistic proposals worldwide.

The numbers for 2019 confirm the growth of a fair that was founded in 2006: 75 galleries from 5 continents, some 15,000 attendees and various activities that bring us closer to contemporary art.

When is Swab Barcelona?

The 12th edition of Swab Barcelona will be held between 26th and 29th September 2019 at the Fira de Barcelona. The complete programme of the event can be found on the website.

ESMO stands for the European Society for Medical Oncology. In other words, the Congress of the European Society of Oncological Medicine. A meeting in which some 20000 attendees (doctors, researchers, patient advocates, journalists and pharmaceutical industry professionals worldwide) meet to learn and discuss the latest developments in oncology and translate it into better care for cancer patients. Barcelona takes over from Munich, which hosted the 2018 edition.

The 2019 edition of ESMO Congress, whose 40th anniversary wil be celebrated this year, will take place between 27th September and 1st October at the Fira de Barcelona. We can find all the information about this association on its official website.

EANM stands for the European Association of Nuclear Medicine, the largest organisation in Europe dedicated to the study and research of nuclear medicine and representing more than 9000 specialists from 41 different European countries. An organization that once again celebrates its Congress, where more than 6200 participants establish contacts and discuss the latest trends and findings in the field of nuclear medicine. The EANM Congress will have some 160 stands spread over 3500 m2 where we can learn about the latest developments.

The 33rd edition of the EANM Congress 2019 will take place between 12th and 16th October at the CCIB (Centre de Convencions Internacional de Barcelona. You will find all the information on the EANM official website.

Barcelona will host the National Congress on Cardiac Diseases, an event organized annually by the Spanish Society of Cardiology that in 2019 celebrates nothing less than its 75th edition.

A congress where cardiologists, family doctors and primary care, researchers, internists, epidemiologists, MIR and nurses will share experiences, strengthen relationships and update their training in order to apply it directly to daily clinical practice. This translates into more than 4,000 attendees, more than 140 sessions and some 1,000 communications.

Once again, UEG Week, the largest and most prestigious meeting of Gastroenterology professionals in Europe, come back. The meeting, that this year celebrates its 27th edition, combines worldwide scientific research, conferences conducted by leading experts in gastroenterology and an excellent Postgraduate Teaching Program.

The UEG (United European Gastroenterology) is an association that represents more than 30000 specialists from various fields of gastroenterology.

The 27th edition of UEG Week 2019, which will bring together some 14,000 delegates, will take place between 19th and 23rd October at the Fira de Barcelona. We can find all the info on the official website of the event.

Nine out of ten companies that use the internet of things confirm that they already see a positive return on their investment. Now, what do we mean when we talk about IoT or the "internet of things"? This concept, which we hear about constantly, refers to the digital interconnection of everyday objects with the internet.

With this cover letter comes to Barcelona the IoTSWC, a new edition of the largest international congress of the internet of things. This is a world-class show that will bring together more than 400 exhibitors, 15% more than the 2018 edition.

The event, whose complete information can be found here, will take place between 29th and 31st October at the Fira de Barcelona.

And in this list of fairs and congresses in autumn in Barcelona we could not forget, of course, the Manga Barcelona, one of the events most awaited by Japanese cartoon lovers and its animation and whose first quarter of century will be celebrated this 2019. For this reason, in this 25th edition the Salon will have a very special exhibition that will review some of the most outstanding facts of the previous 24 editions.

The 25th edition of the Salón del Manga will take place between 31st October and 3rd November at the Fira de Barcelona.

As its name suggests, Smart City Expo World Congress 2019 is an event whose main objective is creating a better future for cities and being a unique meeting point for the entire smart city ecosystem. The event, which last year attracted some 21,000 attendees, has the "Towards Zero Waste" initiative, which aims to reduce waste and increase the efficient use of resources throughout the event.

When is the Smart City Expo World Congress 2019?

The Congress, whose numbers are more than 25,000 visitors from more than 700 cities, more than 140 countries and more than 1,000 exhibitors, will take place between 19 and 21 November at the Fira de Barcelona.

IBTM World is a congress held annually in Barcelona that serves as a worldwide meeting point for the MICE sector (meeting, incentives, conferences and exhibitions). Three days where the IBTM World becomes the main world showcase for business tourism and events and whose headquarters has been Barcelona since 2004.

This new edition of the IBTM Word 2019 will take place between 19th and 21st November at the Fira de Barcelona.

This list of fairs and congresses confirms, as we already said, that Barcelona is one of the best cities in the world to host this kind of international events . A where our Hotel Avenida Palace has received people from all over the world for more than 65 years. Situated in the heart of the city, our emblematic hotel is charasteristic for an impressive central staircase and it offers 151 rooms and suites and a spectacular terrace with views over the city. We will be delighted to receive you if you visit Barcelona in autumn to enjoy any of the congresses or simply the charms that the city offers us all year round.