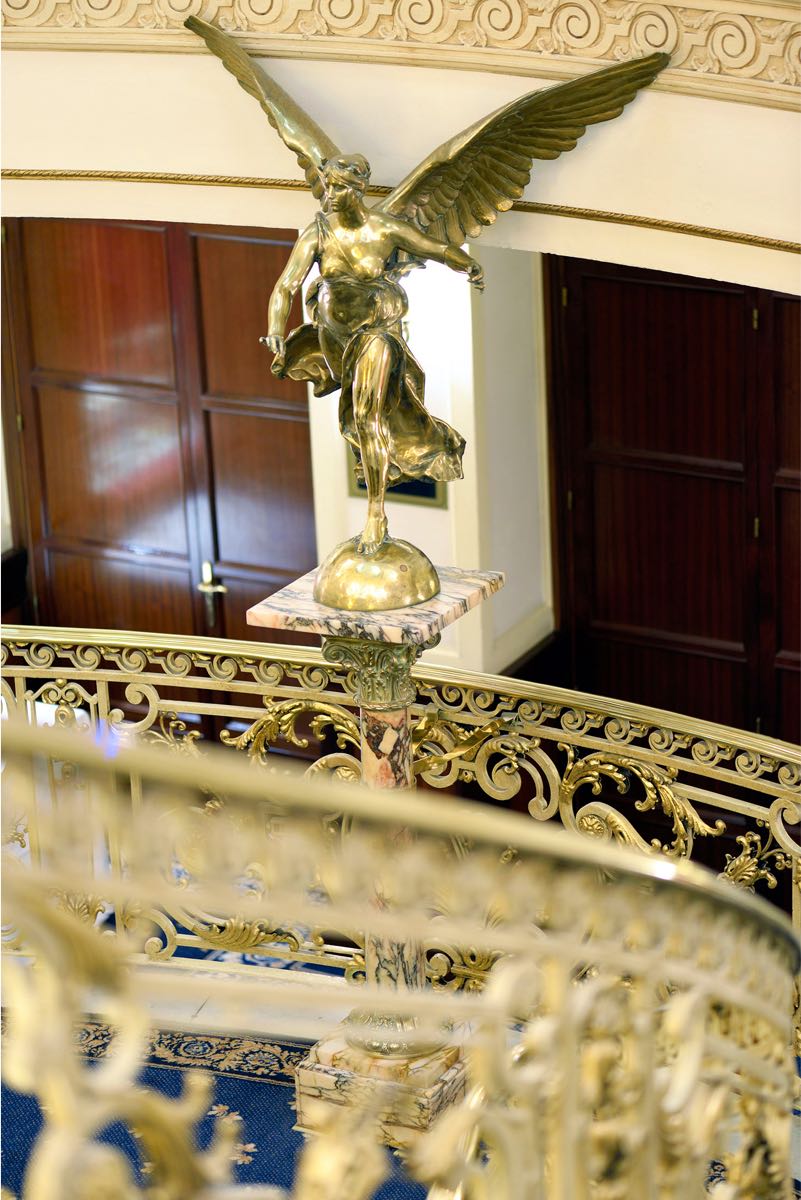 El Avenida Palace is a hotel with history, that has evolved along with the city of Barcelona throughout the years, and we want to share its story with you.

It all started on the month of May of 1952, when El Avenida Palace hotel officially opened its doors to the public. However, the history of the building itself – a very special one - starts a bit earlier, in 1925. It was on this year that Casa Llibre was founded by Guillermo Llibre, and it was established on this same building. It was a Chocolate House, a tea room and an art shop, and it also became a meeting point for the aristocracy of the city, who went there to socialize, and enjoy concerts and balls in the several salons of the building. Casa Llibre was designed by the architect Enric Sagnier and we can affirm that it turned into the epitome of vintage luxury in Barcelona.

In 1950 Casa Llibre was bought by Juan Gaspart Bonet to create El Avenida Palace. Even though the building was refurbished in order to build all the rooms on the different levels, they decided to keep the floor where Casa Llibre used to be very similar to how it was to turn it into the lobby and the banquet halls. Actually, the cafe of El Avenida Palace hotel received the name of the old business, to keep the history of the location alive.

The restoration process was taken very seriously and it can be noticed and appreciated today. The different workers and restorers worked in order to keep the original materials, such as marbles, beveled mirrors and brass. The main goal was for El Avenida Palace to be more than just a hotel in Barcelona; it had to be a building with a story to tell, and it is the case nowadays. All this, however, doesn't mean the hotel is stuck in the past: while it keeps this vintage luxury, the rooms are totally up to date and the rooftop, and it has an amazing and modern swimming pool, which is really XXI century.

El Avenida Palace: A hotel devoted to its guests

El Avenida Palace has more than 150 rooms and it is located in one of the biggest and more important streets of the city, however it is still run as a family hotel.

It may sound a bit weird, but that's one of the things that make this hotel so special. It is not part of any hotel chain, and the guests can have a direct contact with the director and the owner, which is something unusual in hotels as big as El Avenida Palace.

And if we talk about guests of El Avenida Palace, we have to mention some of the most important names that have stayed in the rooms of this hotel throughout the years. It was a hard day's night of the 1965 when The Beatles stayed at El Avenida Palace, after a concert in the city. It was such a special moment in the history of the hotel, that it now has the Beatles Suite, perfect for the fans of the band who visit Barcelona.

While the visit of Liverpool's Fab Four was the craziest one, there have been many other personalities that have stayed in El Avenida Palace: the actress and singer Lizza Minnelli, the famous writer Ernest Hemingway and the artist Joan Miró are also part of the history of the hotel.

So if you are in Barcelona and you want to have a special stay, make sure to visit El Avenida Palace.